Get fresh music recommendations delivered to your inbox every Friday.
We've updated our Terms of Use. You can review the changes here.

Before and After the Storm

by the Machine in the Garden 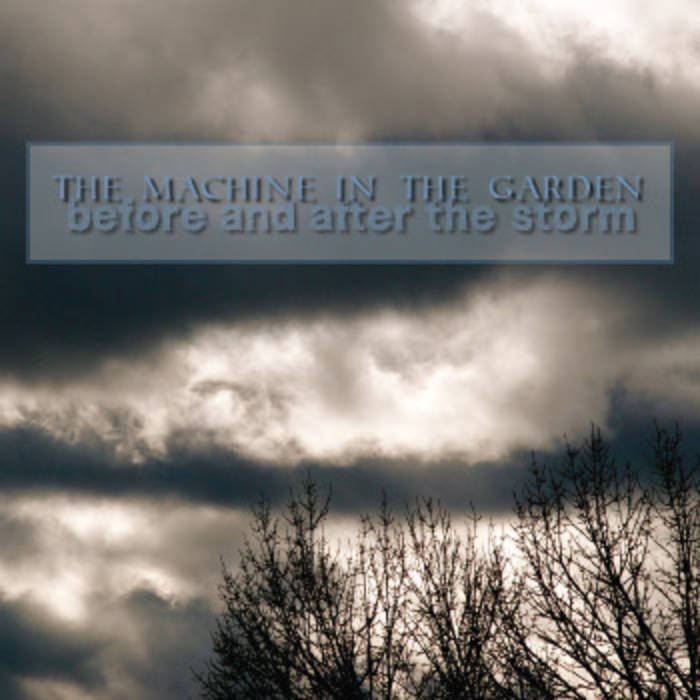 rikm Vocals soar, guitars rock, and the production is just as crisp and tight as I've come to expect from TMitG. Tracks like "Cimmerian", "The Piano" and "Power and Prophecy" stand among some of the best work in the duo's catalog, and the decision to include a trio of remixes fills out the album nicely by offering some different interpretations of the tracks which succeed in emphasizing the quality of the songwriting.

the Machine in the Garden and Deus ex Musica are proud to present Before and After the Storm, the band’s eighth studio album. The eight new songs encompass the variety of styles — from goth rock to electronic ethereal — the band is known for.

The name “Before and After the Storm” has several different meanings for the band, but ultimately it has to do with the interweaving of music and events from different times in life and how much even a single event can change that life. This is evident from the selection of songs, some of which have their roots in music begun many years ago combined with more recent creations.

This time differential is also evident in the influences for the songs, says Roger, “I wanted to draw heavily from old-school/classic groups in the genre — get back to some “goth” roots — Swans, The Sisters of Mercy and Joy Division for example, but at the same time evolve those sounds into something current. But also newer artists such as Sarah Fimm and Emmalee Crane also played influential roles on other songs. Ultimately it came out sounding like tMitG, which is the point, really.”

Lyrically many of the songs also follow a theme, says Summer, “I looked to mythology and mysticism when I was writing the lyrics for these songs. I wanted to think about other cultures and their origin stories as a mirror of returning to many of our musical roots with this work.”

Written, Performed and Produced
by Roger Fracé and Summer Bowman

Engineered and Mixed by Roger Fracé

Layout and Design by Roger Fracé and Summer Bowman

Back Cover Photography by Jaimee Gleisner

Photography of Summer and Roger by Roger and Summer

“Power and Prophesy” remix by Falling You www.fallingyou.com

the Machine in the Garden Austin, Texas

The Machine in the Garden is an independent gothic/darkwave duo featuring Roger Fracé and Summer Bowman. Since their formation, Roger and Summer have developed and advanced their unique style through years of collaborating and intertwining their musical tastes. ... more

the Machine in the Garden recommends:

Bandcamp Daily  your guide to the world of Bandcamp